9 of the Best Places to Sail in August

August is a Great Time to Go Sailing With the Warmer Weather in the Mediterranean and the Settled Summer Winds. Read All About the Best Places to Sail in August

9 of the Best Places to Sail in August

August is a great time to go sailing, with the Mediterranean sailing season in full swing, the warmer weather, and the settled winds.

Best Places to Sail in August

One of the best places to sail in August for intermediate and advanced sailors.

Weather. The weather in the Cyclades is warm in August with varying winds, which can become strong when the Meltemi hits. This makes it the perfect sailing destination for intermediate or advanced sailors and one of the best places to sail in August.

The Cyclades. The most famous islands in the Aegean, the Cyclades are laid out in a circle, making it easy to go from one to another. Made up of 2,200 individual islands, only 25 are populated. Here you’ll find classic Greek culture, rich history, and gorgeous scenery. Whitewashed buildings against the stunning deep blue sea and delicious Mediterranean food.

Islands To Visit. The Cyclades are one of the best places to sail in August thanks to its variety of islands to explore and discover. The main islands in the collection worth visiting are:

Weather. The Amalfi Coast is one of the best places to sail in August as the temperatures on average range from 30c to a low of 24c. While August is the warmest month apart from July, it is often cooler than Greece.

Winds. The Amalfi Coast is one of the best places to sail in August, due to its wind conditions. During the summer months especially August the winds are a constantly south or southwest in the morning with a light wind ranging from 4- 6 knots. In the afternoon the winds change to a southeast direction and wind increase from 11 to 16 knots.

Coastline. The Amalfi Coast is a 50 kilometre stretch of Italy’s Salerno Gulf Southern Coastline, which is located in the Tyrrhenian Sea in Southern Italy. The area was given UNESCO heritage recognition thanks to its historic landmarks, beautiful houses and it’s placed in history. The Amalfi Coast and its heritage status have attracted visitors from all over the world to its colourful houses, with the colours of majolica domes, bougainvillea, carnations pergolas, and whitewashed houses. These things make it one of the best places to sail in August.

Built in the 9th century, Zadar’s historic town center has been at the center of many civilizations.

Winds. Croatia is one of the best places to visit in August, thanks to its wind forecasts. Generally, through the summer months, the wind is predominately from the northwest ranging from 10 to 20 knots. Croatia does experience some dominant winds such as the Bora (a northeasterly wind which blows from the mountains down to the coast, which vary from light to intense winds), the Sirocco (east-southeasterly wind which blows up and down the coast, ranging from 16 to 20 knots), and the Maestral (a wind which blows from 9-10 am and reaches full force by 2 pm, at approximately 16 to 20 knots). Up to date weather information and forecasts can be found on the following channels;

Zadar. Zadar is one of the best places to sail in August as it is often less crowded than other Croatian cities and is surrounded by islands. Zadar like the cities of Split and Dubrovnik has its own historical ruins and wonders to explore. Built-in the 9th century, Zadar’s historic town centre has been at the centre of many civilizations.

Part of the Roman, Byzantine, Venetian, and Austrian empires, Zadar has a unique identity as a result of this blend of cultures. With plenty of character, Zadar is sure to charm you. Here you can enjoy a blend of Roman ruins, Venetian architecture, alongside modern innovation. You can also see some of Croatia’s best beaches, music festivals, and National Parks.

Sardinia is one of the best places to sail in August with a water temperature of 25c and hot days with cooler evenings.

Sardinia. Sardinia is one of the best places to sail in August, with lots of activities and things to do and see. Some of the best places to see are the Costa Smeralda with its scalloped bays which are ideal for dropping anchor and swimming in the crystal clear emerald waters. Golfo di Orosei’s coves, where sheer cliffs ensure seclusion or sail to La Maddalena’s cluster of granite islands. The islands are also a culinary paradise, with great varieties of pasta, bread and dolci, its wines (Vermentino whites, Cannonau reds) and cheeses.

Weather. Sardinia is one of the best places to sail in August wind a water temperature of 25c and hot days with cooler evenings. The average wind speed in August is between 20 -25 knots, in a northwesterly direction.

With beautiful beaches, quaint villages, a spectacular mountain range and a cosmopolitan capital city, Mallorca has a little bit of everything or “un poco de todo,” as the locals say.

Ibiza. Ibiza is another one of the best places to sail in August as it is an island with many personalities. It is one of the few places in the world where visitors’ can find top-notch nightclubs amidst extraordinary natural beauty, and deep-rooted local tradition, Ibiza should be on everyone’s radar. Appointed a UNESCO World Heritage Site in 1999, Ibiza Town Port, Dalt Vila, is a wonderfully preserved centre of Ibizan history and heritage.

Gocek is surrounded by 12 beautiful islands, each with their own unique features including mountains, hills, coves and plenty more unique things to explore.

Gocek. Gocek is a world-class sailing resort with 5 superb marinas. The town of Gocek is surrounded by 12 beautiful islands, each with their unique features (many include mountains, hills, caves and plenty more unique things to explore). Gocek is located within a National Park with forest pines and low houses that offer breathtaking views out into the ocean. The beautiful town has an abundance of places to explore on the land and the water, with markets for souvenirs and great anchorages for swimming.

Gocek Sailing Itinerary
Get in Touch

The Sporades consist of 24 islands in the Aegean Sea.

The Sporades. Located east in the Aegean Sea, the area is filled with history and culture. The Sporades consist of 24 islands in the Aegean Sea. Four of these islands are completely free of long-term residents – you’ll only find gorgeous scenery and empty beaches. Much of the area is considered a national park, and guests are encouraged to explore the area while leaving things carefully preserved behind them.

Weather. The Sporades have steady and calm winds from a north/north-west direction, at between 13 and 19 knots. The weather in August ranges from 24c (75) to 29c (84f), making it one of the best places to sail in August.

Mallorca has a little bit of everything or “un poco de todo” as the locals say.

Mallorca. Whether you decide to stay in Mallorca or venture to another island a Mallorca yacht charter has something for everyone with each island having something unique to offer. From Old Towns, UNESCO World Heritage Sites, an abundance of beaches, villages, and much more to explore.

Weather. In August the weather in Mallorca ranges from 21c (69f) to 30c (86f). The water temperature during the summer months can reach up to 23c (73f). The island tends to have moderate winds with thermal winds in the summer varying from 7 to over 18 knots.

Mallorca Yacht Charter
Get in Touch

Crystal clear waters ideal for swimming and snorkelling, and small inlets and caves to discover along with beautiful tree and mountain lined coastlines.

Bodrum. The city is a thriving tourist destination with a large number of restaurants, bars, shops and nightlife options to entertain. If that scene isn’t for you, the city also has a historic castle, which is declared a UNESCO Heritage site, as well as beautiful streets and small cosy restaurants to enjoy.

Weather. Bodrum has an average temperature ranging from 24c to 34c. Typically during the summer months, the Gulf of Gokova winds are north prevailing winds, which switch to northwest during the month of August, brings with it winds of between 14 and 16 knots.

Bodrum Sailing Itinerary
Get in Touch

Got a Burning Question About Best Places to Sail in August? 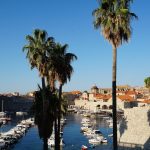 6 of the Best Places to Sail in JulyMonthly Sailing, Sailing Tips 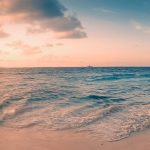