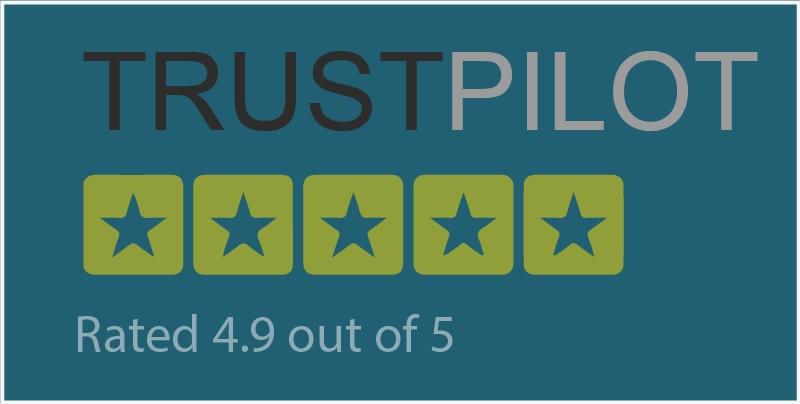 With Over 2,000 Islands to Explore on a Greek Islands Bareboat Charter is Perfect for Discovering Beautiful Destinations

Greece has over 8,000 miles of unique and beautiful coastline, but its real magic is found within its 2,000 + islands. A Greek Islands bareboat charter is the perfect way to discover a number of these islands and experience their magic, just choose the route you want to travel and go.

Sailing on a Greek Islands bareboat charter, sailors can experience line-of-sight cruising, and a variety of sailing conditions depending on the area. The Ionian Sea offers light winds suitable for every ability, and the Saronic Islands offer long stretches of open water to enjoy.

The larger Greek Islands have their own regional airports and can connect to all over Europe and the rest of the world. The smaller Greek Islands can only be reached by boat, as with the uninhabited islands.

On a Greek Islands bareboat charter anyone with the correct licenses can hire a boat. To rent a boat in Greece the skipper must have one of the following qualifications:

Alonnisos. The island of Alonnisos is one of the wildest and least visited of the Sporades islands. The island is the perfect place to visit on a Greek Islands bareboat charter, with the steep and rocky west and northern coastlines, and the eastern coastline made up of collections of bays and sandy beaches. The island is located within Europe’s largest marine park, the 2260 square kilometres of the National Marine Park of Alonnisos.

Patitiri. Greek Islands bareboat charter on the island of Alonnisos visitors can drop anchor and visit the port town of Patitiri and the village of Steni Vala. These are the only two main towns on the island, which are quaint and beautiful. On a Greek Islands bareboat charter, Alonnisos is a beautiful place to experience the landscapes, enjoy the villages, and explore the hidden coves of this off the beaten path island.

Escape the Crowds and Visit the Hidden Beaches.

Skyros. Located within the collection of islands called the Sporades, located in the middle of the Aegean Sea. The island is filled with long stretches of coastline, some which are only accessible by boat meaning they are often secluded. Skyros has something for everyone monasteries for culture lovers, nightlife areas for partygoers, and diving opportunities for the adventurous.

Where To Anchor. Skyros Port, Ormos Aragma, and other secluded places are wonderful stops on your Greek Islands bareboat charter. Anchoring off the coastline is the perfect place to stop for a swim, to relax, kayak, paddleboard, or just sunbathe in the peace and silence.

Leaving Its Party Island Reputation Behind Ios is Filled With Timeless Villages and 75km of Sandy Beaches.

Ios. Located in the south-central Cyclades, Ios is a small island with a large personality. Once considered one of the main party islands in Greece, the island has now moved forward from this reputation and is getting a name for itself for other reasons. On a Greek Islands bareboat charter, you will still find the lively bars and bustling cities that once were full of the young and free, but now you can escape them very easier. Confined to the town of Mylopotas the nightlife and partying is easy to escape with towns such as Chora gaining a name for itself. Chora has white square buildings, windmills, and blue-domed churches.

Timeless Villages. A great reason to go to Ios on a Greek Islands bareboat charter is to visit the towns which time has forgotten. Ios has over 75km of sandy beaches which are beautiful and picturesque. The port of Ormos Yialos is one of the biggest natural harbours located within the Aegean and a great place to visit on a Greek Islands bareboat charter.

Two of the Smallest Islands in the Ionian Islands - Paxos and Antipaxos.

Paxos. Located in the Ionian Islands, Paxos is located around 20 miles south of Corfu, the island is one of the smallest in the collection of islands. On a Greek Islands bareboat charter, Paxos offers some of the clearest and bluest waters in the Ionian. The main village and port on the island is called Gaios, which has a small number of bars, cafes, and shops. Here you can anchor your boat and explore the village. Paxos is a great Greek Islands bareboat charter destination with small quaint villages such as Lakka and Loggos to explore, as well as bays and beaches, which are backed by the islands olive trees and greenery.

Antipaxos. Located 3 miles from Paxos is a small island called Antipaxos which has only 100 inhabitants. Antipaxos has two main beaches which offer great anchorages with blue clear waters for swimming on a Greek Islands bareboat charter. Antipaxos is covered in vineyards and local wine can be purchased from shops in Paxos. Scuba diving or snorkelling is a great way to spend time at anchor in Antipaxos with clear waters and an abundance of marine life. Alternatively, if you want to explore the islands, both Paxos and Antipaxos have a large number of hiking and walking trails all over the islands.

The Largest Island in Greece With Beautiful Beaches and National Parks.

Greek Islands Bareboat Charter. The northern wind blows down from the mountains. The meltemi can blow at between 35-45 knots if not stronger. Great places to visit on a Greek Islands bareboat charter in Crete are the Gulf of Mirabello on the northeast of the island with beautiful sunsets. Spinalonga Island has superbly clear waters perfect for snorkeling and swimming.

Milos is Often Overlooked as a Sailing Destination but Shouldn't Be!

Milos. Often overshadowed by it’s famous Cyclades neighbouring islands, Milos is a great off the beaten path destination, with fewer visitors on the island than some of the other Cyclades islands. What makes this island even more special is that it was where the Venus de Milo was first discovered in 1820 by Oliver Voutier and this island captures the beauty around every corner.

Secluded Coves. Milos is a rugged and rocky island with a large number of different landscapes across the island. Milos has a small number of villages Klima, Areti, Fourkovouni, Firopotamos, Mandrakia, and Skinopi. The island has very few visitors and locals, meaning the bays and beaches are practically empty. Milos has more than 70 beaches to explore, catacombs, and the remains of an amphitheatre. The island has something for everyone on a Greek Islands bareboat charter for beach lovers, nature lovers, and history buffs.

10 Of The Best Places To Go Sailing In May

A Great Place to Stop for Calamari and a Dip in Porto Katsiki.

Lefkada. Connected by a bridge to mainland Greece, Lefkada is a unique island with an island feel but also the influence from mainland Greece. Lefkada is surrounded by bright blue waters, which are crystal clear, the beaches of Kathisma, Egremni, Porto Katsiki, and Milos beach are well worth anchoring in at. Lefkada Town is a great destination to moor up at for a great meal, shopping attractions, and even just to walk around the town.

Greek Islands Bareboat Charter. Lefkada is located within the Ionian collection of islands and is generally sunny and warm with light breezes in the afternoon, the South Ionian really is a sailor’s paradise.

A Beautiful, Wild, Unspoilt Island Located Within the Saronic Islands.

Hydra Island. Located within the Saronic Islands, Hydra is a truly unspoilt island filled with history and beautiful locations. Hydra is a must-visit for any Greek Islands bareboat charter with beautiful bays to drop anchor and a crescent-shaped harbour filled with great restaurants, creating dishes with local produce. The island is car and vehicle free and the only mode of transportation through the cobbled streets is by donkey. Much of the island is accessible on foot including the museums, restaurants, cathedrals, and other ruins.

“Real Greece”. Hydra brings a sense of the ‘real Greece’ with taverns and restaurants frozen in time, along with boutiques, and picturesque ports. The wild untouched landscapes along with the idyllic towns make it the perfect stop on a Greek Islands bareboat charter.

Lemnos is Filled With Sandy Beaches and Archaeological Sites.

Lemnos. Lemnos or Limnos is an unspoiled island located off the northeastern Aegean Sea, with natural scenery and mountains. The island is under the radar and is perfect for privacy and relaxation. Lemnos also has an abundance of archaeological sites including the Medieval castle of Myrina, the Ancient Poliochni, Ancient Kavirio, and the caves of Philoctetes.

Greek Island Bareboat Charter. Lemnos is the perfect sailing destination with the lively Myrina Lemnos and Plati. The Greek island also offers safe anchorages and picturesque bays to swim in or stop for lunch.

An Island in the Northern Sporades Made Famous by Hollywood Blockbusters.

Crystal Clear Waters of Skopelos. The island of Skopelos is an island located in the western Aegean Sea, close to Skiathos and Alonissos. The island boasts unspoiled locations, with two villages called Town and Glossa, these towns are located high on the tops of hills boasting great views of the Aegean. The island has lush vegetation, exotic beaches, and traditional unique taverns. The beaches of Stafylos, Panormos, and Elios are great places to stop and drop anchor on a Greek Islands bareboat charter.

Hollywood Blockbuster Set. The island was made famous by the movies which have been filmed there, most well known is Mamma Mia. The production company used the island for many locations in the film and the church called Agio Ioannis Kastri was an iconic landmark in the movie.

Greek Island Bareboat Charter. Located within the northern Sporades Islands is the island of Skopelos. The Meltimi blows through the islands, with an average of force 4-6 winds, with stronger gusts.

Got a Burning Question About Greek Islands Bareboat Charter? 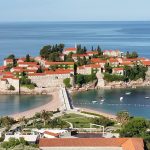 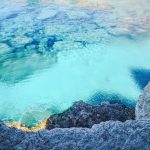