We Keep You Posted on Willy T BVI
Everything You Need to Know About This Legendary Bar, After Hurricane Irma

In September 2017 Hurricane Irma hit the Virgin Islands, causing severe devastation throughout, including to the wonderful Willy T BVI Bar & Restaurant. Two weeks later Hurricane Maria narrowly missed a direct hit on the BVIs, though St Croix in the USVI’s was badly damaged.

The William Thornton (Willy T BVI) Floating Bar & Restaurant, which is known for its lure of adventure-seekers, is expected to be back in operation in March 2018. In 2019 the bar returned to its original location of The Bight at Norman Island.

Everything You Need to Know About This Legendary Bar

The Legendary Bar & Restaurant is Back

The restaurant, which used to operate of The Bight off Norman Island was ‘an absolute right off’ following last year’s hurricanes, Manager Ewan Anderson said.

In an exclusive interview with BVI News, Anderson said the replacement vessel will be almost an exact replica of the previous steel boat.

He said the remains of the old vessel are still on the beach and will be removed and sold for scraps soon.

“We are building a new Willy T,” he said. “It is the same kind of ship [but] a bit larger and it will be in the same place.”

“We are going to drive it down next month,” he added.

The vessel was sourced in the United States and is currently being retrofitted, and Anderson admitted that it is costly.

“We are putting a lot of money back into it. Willy T will be back at a vast expense,” he noted.

2. Everyone is Waiting for Willy T BVI to Reopen

Anderson said his family, which has been operating the unique business for more than 35 years, believes “it’s absolutely tantamount” to restore Willy T.

“It is one of the top ten attractions in the BVI. It’s a big tourist attraction,” he stressed.

The fans of the restaurant and in general, all the sailors that visit the BVI are eagerly awaiting its return.

Ultimate Guide To A BVI Yacht Charter With Skipper

Willy T BVI are offering 3 great t-shirts in order to support the BVI. “We will donate the net proceeds of sales of the t-shirt to Unite BVI Foundation, which is an established BVI non-profit organization (affiliated with Richard Branson’s Virgin Unite charity) that is taking a leading role in rebuilding the BVIs.  Because Unite BVI Foundation works with Virgin Unite, all of its overheads are covered by Virgin Unite supported by the Virgin Group and the Branson Family, so 100% of the net proceeds that we raise and give to them will be put to use rebuilding the BVIs.”

We encourage everyone who can help to give direction as well – it’s a big job to rebuild everything in the BVIs that was damaged or destroyed by Irma.  You can give directly by visiting unitebvi.com

Ultimate Guide To A BVI Yacht Charter With Skipper

Got a Burning Question About Willy T BVI?

Kate Ioannidou
Kate is the Senior Charter Consultant at SailChecker's Greek Office. She specializes in the Mediterranean Charters, but with a great knowledge of the Caribbean Market as well. She has a degree in Philology with a specialization in Greek and Latin literature. Kate speaks three languages, loves traveling and photography and is a new enthusiastic sailor.
Recommended Posts 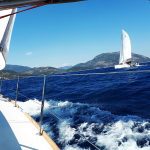 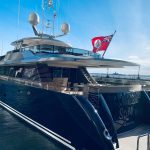 What is a Luxury Sailing Holiday?Luxury Yacht Charter, Sailing Tips