What is a Yacht?

Have you ever thought, where does the Modern Word Yacht come from? 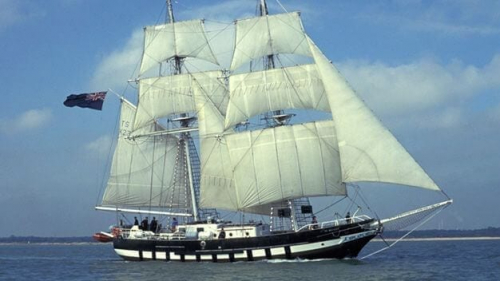 The word yacht came from the Dutch word jacht which means to hunt or chase. Jacht is classified as a small sailing vessel that hunts and chased vessels. Jachtschip is a Dutch pirate ship. In 1960, the Dutch presented King Charles II a “jacht”.

This happened after King Charles decided to leave Amsterdam after a long exile there to return to Britain. In 1661, the first yacht race was won by Charles. Yacht is specially built and rigged light sailing vessel used for racing. It is a vessel used for travel on sand, ice, cruising, travel, excursions or for private pleasure. It is a vessel propelled by electricity, sails, or engine steam. A common yacht is made up of steel, wood, fiber glass, carbon fibre, aluminium and iron. It also has modern products on it, which includes veneers, plywood, epoxy resins and balsa.

Motor yachts are classified into the following:

Christopher Lait
Chris founded Drake Academy, a sailing company that provides leadership training to businesses. Now the CEO of SailChecker.com you will find him handling many of your enquiries as he attempts to drive SailChecker.com forward as the company of choice for yacht charter and sailing by focusing on quality advice and great customer service.
Recent Posts

Learning to Sail – What Happens Next?Uncategorized